Farms Under Threat: The State of America's Farmland - FIC

Back to Publications
Farms Under Threat: The State of America’s Farmland

Please note that the estimate of urban development on agricultural land contained in this report has been revised since it was released, following the release of refined federal data. More information on this revision is available in the white paper below: “Revision to American Farmland Trust’s ‘Farms Under Threat: The State of America’s Farmland’: Improved data products enable more accurate estimates of urban conversion.” We recommend reading this white paper in conjunction with the report.

Research from Farms Under Threat: The State of America’s Farmland shows that between 1992 and 2012 almost 31 million acres of agricultural land were irreversibly lost to development. That is nearly double the amount of conversion previously documented and is equivalent to losing most of Iowa or New York. This loss included almost 11 million acres of the best land for intensive food and crop production. This is land where the soils, micro-climates, growing seasons, and water availability combine to allow intensive production with the fewest environmental impacts. These precious and irreplaceable resources comprise less than 17 percent of the total land area in the continental United States. Their conversion was equivalent to losing most of California’s Central Valley, an agricultural powerhouse.

This report significantly improves the national inventory of agricultural land in multiple ways: 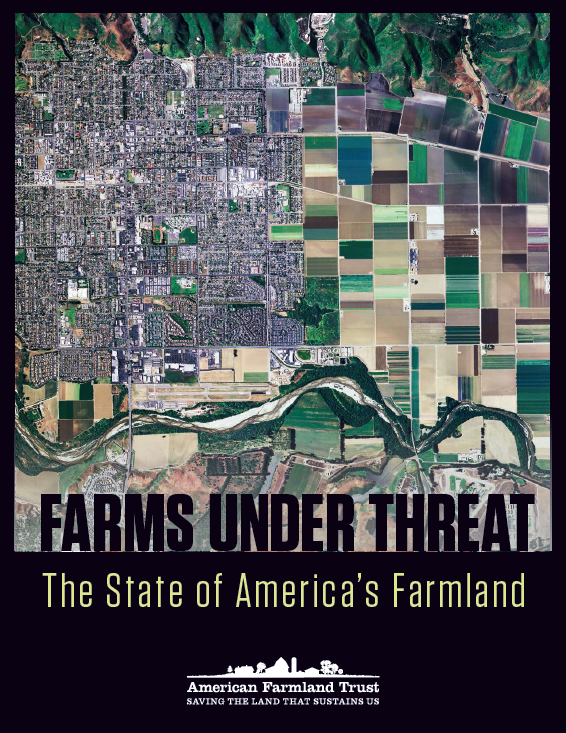