Back to Publications
Keeping Farmers on the Land: New Research Underscores Need To Address Farm Transition in New York

In New York, farmers age 65 and older own or manage nearly 30% of the farms, and most are farming without a young farmer alongside them. New research from American Farmland Trust (AFT) and Land For Good (LFG) sheds light on what this means for the future of New York agriculture.

Using Census of Agriculture data from 2002, 2007 and 2012, including a special tabulation of 2012 data, the Gaining Insights, Gaining Access project looked at characteristics of New York and New England’s farm population at both ends of the spectrum—those at or beyond retirement age, and those young or new to farming. We also held focus groups in seven states of older farmers with no identified successors. These focus groups helped us to learn more about this large and influential farmer subset: what are they farming and with whom; what are their visions of retirement; and what challenges do they see for the future, including the challenge of bringing in new and next generation farmers. 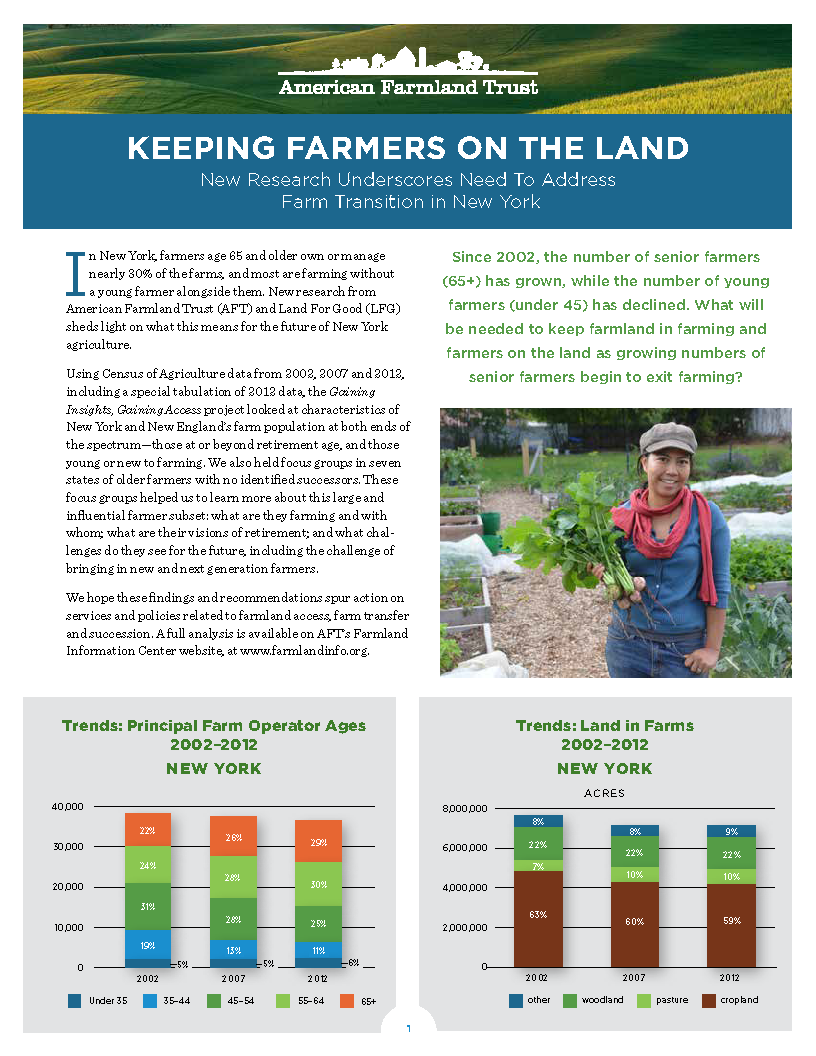