Back to Publications
The Public Plate in New York State: Growing Health, Farms and Jobs with Local Food

Food is vital to the health and well-being of all New Yorkers. Producing food is a critical part of the state’s economy, and expanding access to fresh, healthy food is essential to solving major public health problems in our state.

Individuals and families buy and grow food to consume in their homes, but many New Yorkers are also fed by institutions such as schools, hospitals, universities, childcare centers, prisons, senior centers and food pantries. The term ‘public plate’ describes the aggregate of all the food purchased with public dollars administered by New York State (NYS) and served in institutions.

Through its agencies and public facilities, New York State spends more than $957 million to feed approximately 6.6 million people annually. Most people who share the state’s “public plate” use the emergency food system and K-12 schools.

Increasing local food purchasing from its estimated baseline of 10% to 25% of public plate dollars has the potential to improve the diets and health of 6.6 million New Yorkers and generate almost $208 million in new economic output in NYS. Achieving this goal would first require government leaders and institutional food buyers to adopt the goal of spending at least 25% of their food budgets on fresh and minimally processed food grown in New York. 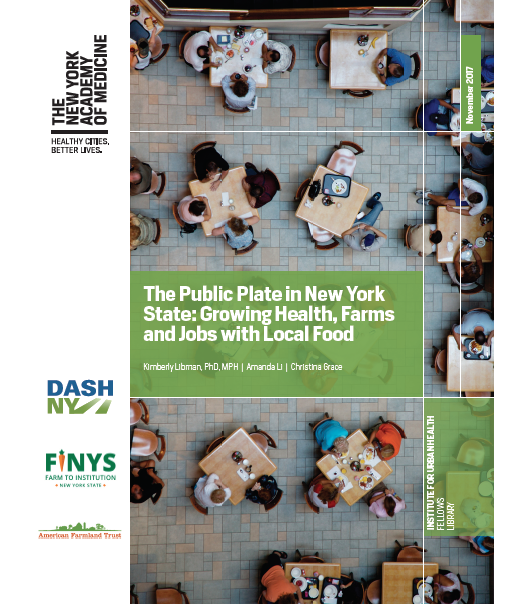